2013 has brought a year of great growth built off of previous years’ quiet planning, a number of seemingly small moves finally adding up and just an overall mindset of — “every little bit counts.”

A movement forward, no matter how tiny, is still a step in the right direction;

the accumulation of these steps placing you ever closer to your goal.

The year began with a continuance of the surge in my portrait commissions which had begun during 2012’s holiday season.

As the year moved forward, so did SamSketches’ exposure:

In addition to artwork created to enhance the endeavors of others, I continued producing work of my own. This can be seen by any one of the 150+ posts to my tumblr – www.samillus.tumblr.com or on my instagram – www.instagram.com/samsketches (amidst selfies, pics of food, and Renegade. Oh and bees!) 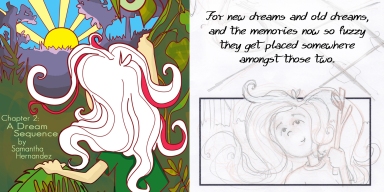 While most of my art that is posted is very much in the “sketch stage”, hence the #samsketches, there are projects of mine that I have managed to find time to finish. To date my first self-published eBook, has achieved 2700 downloads, with the number growing everyday. It is available at the iBookstore and Lulu.com. Secondly, its follow up eBook, On Being Smee: Chapter #2 a Dream Sequence has now been made available via the same channels, with the addition of BN.com for its Nook.

For the holiday season, I created my annual limited edition SamSketches holiday card, this print is mostly only available to loved ones with whom I wished to spread warmth to during this cold season (but also to anyone who asks really, really nicely and I deem worthy). I also realized I finally had enough pieces in my repertoire to create a calendar and did so for a very limited few. 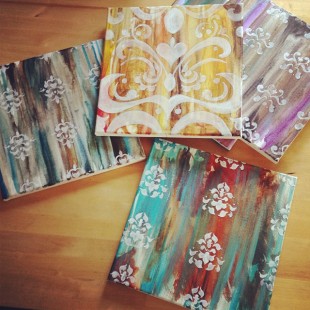 Having grown to miss the feel of an actual paintbrush, canvas, and that mushy acrylic painty feeling, I started and am wrapping up a series of paintings featuring all original designed damask patterns. Each has some hidden imagery within it relating to my life. This way when I’m dead and gone people can sit and debate about what it is I was trying to represent with this shape or that. It’ll be a blast. 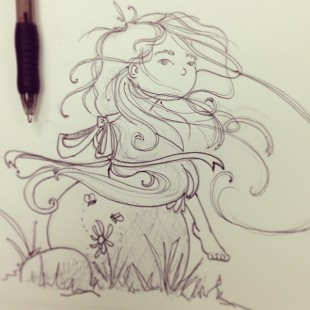 As 2013 comes to a close I am finishing up the illustrations and putting the final touches on my first full 32 page children’s book. It’s a funny look at how I feel my life is at times. And I believe many others will relate to it. A second full length book will soon be following, the book dummy for it has already been finished, and it is entering the final illustration phase alongside the previously mentioned. This book is being created without any text, allowing for the reader to create their own tale and denote their own message from the images provided.

Both of these books will not only be available as an eBook download, but will also be available in PRINT (that’s right, you can hold it in the palm of your very own hands and flip the pages and everything) it will be made available thru both Amazon and BarnesandNoble.com for you to purchase.

Be excited! I really really am. :) 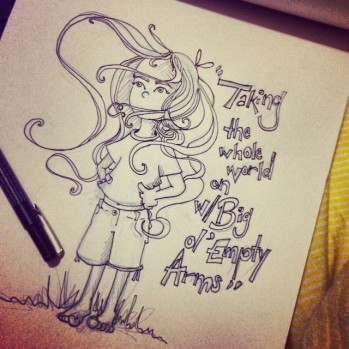